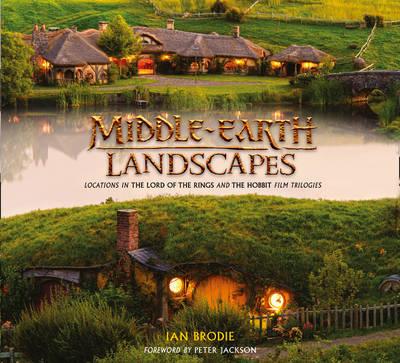 Sumptuous hardback gift edition combining the best of the Hobbit and Lord of the Rings Location Guides, plus brand new photography unique to this book.

In the epic film trilogies created by Peter Jackson, New Zealand has become Middle-earth. From the majestic peaks of the Southern Alps to the rolling hills and Volcanic Plateau of the North Island, the world of The Lord of the Rings and The Hobbit was stunningly re-created on an epic scale.

Photographer Ian Brodie has captured these locations in all their beauty and splendour. Featuring the most breathtaking photographs from his bestselling The Lord of the Rings Location Guidebook and The Hobbit Motion Picture Trilogy Location Guidebook, plus all-new imagery and contributions by Peter Jackson, Richard Taylor, Andy Serkis, John Howe and Alan Lee, this is a magnificent record of a historic era in film-making, and a peerless collection of landscape and location photography by a master of his craft.

Featuring contributions from Peter Jackson and other members of the films’ cast and crew, as well as fascinating background to the film-making process, this is the ultimate tribute to the land and its locations.